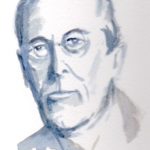 Wilson, in declaring war on Germany in 1917, also declared war on a good portion of America as well.

Thomas Dixon: a writer on the wrong side of history

Sometimes a successful writer, both in his life and in his writing, gets it all wrong. Such was the case with Thomas Dixon. Dixon was born in 1864 in North Carolina and grew up during the Reconstruction era as an unreconstructed Southerner. He attended Wake Forest and later Johns Hopkins, where he befriended a young • Read More »

The president and the detective novel – a continuing love story 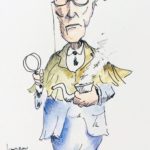 The President Is Missing, by Bill Clinton and James Patterson. Coming to your physical and digital bookstore in June. Watch for it. Pre-order from Amazon if you like. This won’t be the first time that a president has ventured into the mystery/detective/thriller genre, as Clay Fehrman points out in an interesting and enlightening article in • Read More » 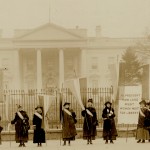 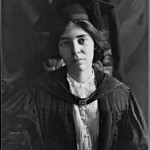 Advice to young Tommy Wilson: load your sentences like a rifle, not a shotgun 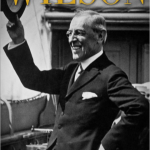 The advice given to a future president by his father about forming sentences gives us a picturesque metaphor for good writing.

The current PBS American Experience program is a two-part biography of Woodrow Wilson, one of America’s most important presidents. Mentioned in the series is journalist Ray Stannard Baker, a progressive journalist who promoted Wilson’s candidacy for the presidency and who became his good friend.