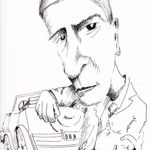 Few novelists have explored the American mind and character as deeply and perceptively as Sinclair Lewis, who in 1930 became the first American to win the Nobel Prize for Literature. The freedom of movement — the ability for Americans to travel — is, according to Lewis, one of the most important parts of the American • Read More »