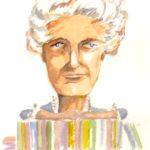 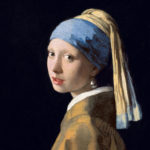 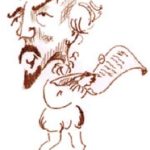 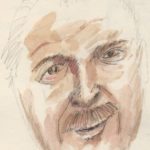 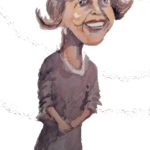 A portrait of Jacqueline Bouvier Lee, a.k.a. Jackie Kennedy, depicting her as a teenager, has appeared in a Long Island art gallery and has sparked a federal lawsuit brought by some of her relatives. The relatives say it is stolen. The art gallery owner says it is not and that he has doubts that the • Read More » 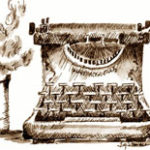 This newsletter was sent to everyone on Jim’s email (4,302) list on Friday, January 26, 2018. Hi,  Unseasonably warm weather in East Tennessee last weekend allowed us to check on the beehives, and I am happy to report that both of my hives have bees! This is good news. The biggest challenge a beekeeper has • Read More »

This newsletter was sent to everyone on Jim’s email list (4,379) on Friday, Jan. 19, 2018. Hi,  Winter has settled in in a big way in my part of the world. Plenty of time for indoor activities, the most important of which is reading. But that’s not the only one. Some writing and some painting • Read More »

Author Philip Roth, now nearly 85 and retired from writing, has given an interview to New York Times journalist Charles McGrath, and it is fascinating. Roth talks about what it was like to be a writer: Exhilaration and groaning. Frustration and freedom. Inspiration and uncertainty. Abundance and emptiness. Blazing forth and muddling through. The day-by-day • Read More » 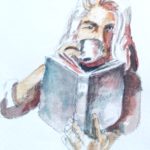 She was small, too small to be a danger to anyone.  And she was attractive, a good-time girl, maybe even a little flighty. Plus, she had a talent for getting people, particularly men, to talk to her. Those traits hid her steely courage, creativity, resourcefulness — and, maybe most importantly, a photographic memory. Jeannie Rousseau • Read More »

His memoir was eagerly awaited by the public while he was still writing it. His death, for several months before it occurred, was tracked almost daily by the newspapers of the time. Both occurred at the same time in the spring and summer of 1885. For more than a century after his death, the presidency • Read More »

The Smithsonian Institution did not start out as the “nation’s attic.” It began as the storage house for the relics and collections of a British scientist whose connection with the United States is unclear. James Smithson was born in Paris in 1765, the illegitimate son of an English duke. He obtained British citizenship but traveled • Read More »

Another passing: the NYT copy desk

The copy desk saved me — more than once. In old-times newspaper terms, the copy desk in a newspaper’s newsroom was a horseshoe shaped table around which sat a number of editors who read what reporters wrote. On the other side of the table in the “slot” was the chief copy editor who handed out • Read More » 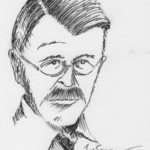 [button link=”http://dl.bookfunnel.com/iygwd1dtrg” style=”tick” color=”silver” bg_color=”#adadad” border=”#080708″ window=”yes”]Free ebook: KILL THE QUARTERBACK[/button]   Fifty years ago when the Pulitzer Prizes were awarded, politics — not merit — kept Harrison Salisbury from winning the Pulitzer Prize for international reporting. This week’s announcement (see below) of the latest prizes brings this sad tale to mind. Salisbury was a • Read More » 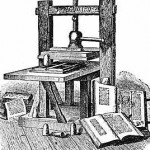 Jonathan Swift, writer ‘to the vulgar’ 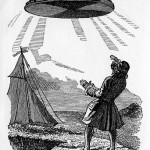 Jonathan Swift wanted his writing to be “understood by the meanest.” It’s the standard we want our journalism students to shoot for.

Katie Couric is the latest media star to catch a glimpse of the future. That future is online. 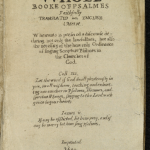 The book represents in a small way a declaration of religious independence from the Church of England that could be exercised by early residents of Massachusetts. 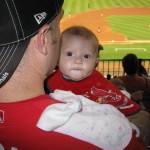 KMOX-AM in St. Louis has been broadcasting the St. Louis Cardinals baseball games (with a short interruption a few years ago) since 1926. The station is a powerful one — 50,000 watts — and spreads itself throughout the country when night falls and AM stations have their maximum reach. That fact has, over the years, • Read More »

The New York Times charges for the wrong thing

Many of us would gladly pay for the New York Times. Now, with the installation of Times Select, we’re getting that chance. The Times is charging for access to its columnists, and with the subscription comes open access to its archives (a good deal). But the Times leaves its most valuable product open and free to anyone who wants to register.