Archives: Mightier Than the Sword 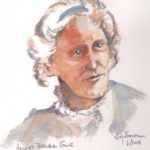