Martin Luther, Isaac Asimov, and the value of libraries; 50-plus true-crime books; and more; newsletter, April 27, 2018 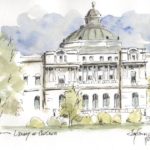 This newsletter was sent to everyone on Jim’s email list (4,067) on Friday, April 20, 2018. Finally, the crimson clover has started to bloom (about a month late, due mostly to cold weather). Agriculturally, that’s the big event in our lives this week. The bees have started to work the clover, and now, maybe, the • Read More » 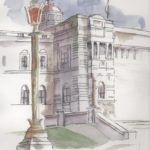 The strain of anti-intellectualism that pervades American culture is always at war with those of us who value learning and believe that life is more than just a set of economic facts. We have many valuable and visible allies. One of the most visible is the Library of Congress.

November 29, 2017 | By Jim Stovall | No Comments | Filed in: journalism, Women writers and journalists. 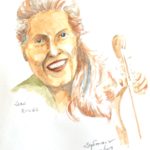 If you play the dulcimer, you owe Jean Ritchie a debt of thanks. If you have heard a dulcimer, seen one — or even know what one is, Jean Ritchie is the person responsible. Ritchie died in 2015 at the age of 92 (her birthday is Dec. 8, 1922), and she is known to many • Read More »

That age was spawned by magazines, particularly Life magazine, which began publishing in 1936. You can find more about this topic at the Library of Congress’ American Memory web site, particularly in a collection from the 1930s and 1940s. It’s worth noting that many of the great photographers of this era were women such as Dorthea Lange, who took the often seen photograph of a migrant mother in the 1930s (left).