Churchill commands history (or tries to); My Lai; how to avoid sugar; and a bonus: newsletter March 23, 2018 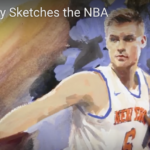 When the American public heard about what happened a year later, My Lai quickly became a symbol for America’s tragic misadventure in Southeast Asia. My Lai exposed the lack of clear mission, inadequate training, miscommunication, and less-than-straightforward truth-telling that had characterized the whole enterprise.

The author of the First Amendment was James Madison, one of the brightest and most politically astute of the Founding Fathers.