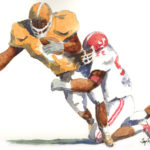 More on the ‘private eye’ and Dashiell Hammett; lots of reader response this week 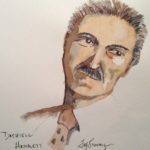 This newsletter was sent to everyone on Jim’s email list (4,431) on Friday, Dec. 29, 2017. Hi,  A lot of you readers took the time to respond to various parts of the newsletter last week, and I have included some of those responses here. Thanks to you all. Your responses make great reading, and I • Read More »