The battle of Nashville

Nashville, Tennessee was the final battleground of the debate over suffrage for women. 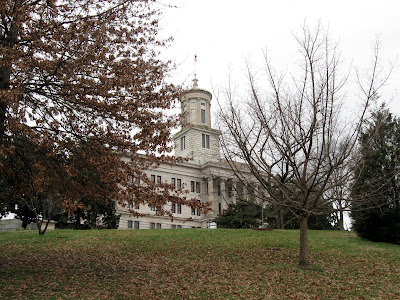 In the summer of 1920, Tennessee found itself in the position of being the 36th state to ratify the Nineteenth Amendment. At the beginning of the summer, it looked very much like this would be the last chance for the suffragists to win the vote before the 1920 presidential election. Yet, Tennessee was no sure thing for either side.

The Anti-Suffragists saw the fight in Tennessee as a chance to score a big victory, prevent the ratification of the amendment, and after that — politics being what they are — anything could happen.

Suffragists read the same tea leaves. They had to get Tennessee into their column and end the great suffrage debate. Or, as the Anti-Suffragists believed, anything could happen.

So, the Battle of Nashville grew into a monumental fight and a fitting last chapter in the 70-year debate. The following a day-by-day account of what occurred, beginning on Wednesday, June 23, when President Woodrow Wilson sent a telegram to Tennessee Gov. A. H. Roberts asking that he call a special session of the state legislature to consider the Nineteenth Amendment. (This timeline is a work in progress.)

Wednesday, June 23. President Woodrow Wilson telegraphs Gov. A. H. Roberts asking him to call a special session of the legislature as a “real service to the party and to the nation” to consider the Suffrage Amendment. “Allow me to urge this most earnestly.” Wilson, no advocate of suffrage, had been in a bruising and unsuccessful battle to win approval for U.S. membership in the League of Nations. He believed that women voters might be on his side with that issue.

Thursday, June 24. Roberts wires the president that he must consult is attorney general on the legality of calling a special session.

Sunday, June 27. A poll of legislators in Tennessee conducted by the National Woman’s Party says that ratification is comfortably ahead among those in the state assembly. The next day, the New York Times, with the optimistic headline “Count Suffrage Won in Tennessee,” says that the poll “leaves no doubt that when the Legislature meets it will give the thirty-sixth ratification necessary to make the amendment valid.”

Monday, June 28. Roberts announces that he will call a special session, but only after the Tennessee primary elections on Aug. 5. The special session, he says, will begin on Monday, Aug. 9, which will give “ample time for women to vote in the 1920 elections.

Sunday, August 1. The National Woman’s Party opens its headquarters to lobby for the suffrage amendment. This effort is headed by Sue Shelton White, a Tennessean and high ranking official in the NWP.

Thursday, August 5. Gov. A. H. Roberts wins renomination as governor in the Democratic Party primary. His nomination is tantamount to re-election because the Republicans do not have enough support to win statewide offices.

Friday, August 13. The Senate votes to ratify the Nineteenth Amendment, 25 – 4, with two not voting.

Monday, August 16. The House takes up the ratification resolution.

Before the final tally, House speaker Seth Walker changed his vote for strategic reasons to make the vote 50-46. Walker’s change allowed him to bring up a motion to reconsider the resolution. The vote actually turned on that of Harry Burn, a 24-year-old legislator from Niota in East Tennessee. Burn had been counted among the anti-suffrage votes, but he switch on the final vote. He later said it was because of a letter that he got from his mother saying he should support Carrie Chapman Catt if he needed it.

Tuesday, August 24. Gov. Roberts signs the certification paper that says Tennessee voted in favor of the Nineteenth Amendment, and the papers are sent to Washington, D.C.