Sherlock Holmes is taller than average, a bit lanky, and thin. He has an angular face with a pointed nose and chin, and he has a receding hairline and very little facial hair. Possibly some sideburns.

He wears a deerstalker hat and an Inverness cape. He pays relatively little attention to what he eats. Thus, his slenderness.

Very little of this description comes from the text of Arthur Conan Doyle’s stories about the famous detective. Most of it comes from the many artists who have illustrated the Sherlock Holmes stories across the decades.

One of those artists stands out as clearly the most influential: Sidney Paget.

Paget was born in London in 1860,  the son of a vestry clerk and a music teacher. He was the fifth of nine children, and early on he showed a passion for drawing and art. After he finished school, his drawings began to appear in many of the popular magazines of the day including the London Illustrated News, the Sphere, and the Graphic. 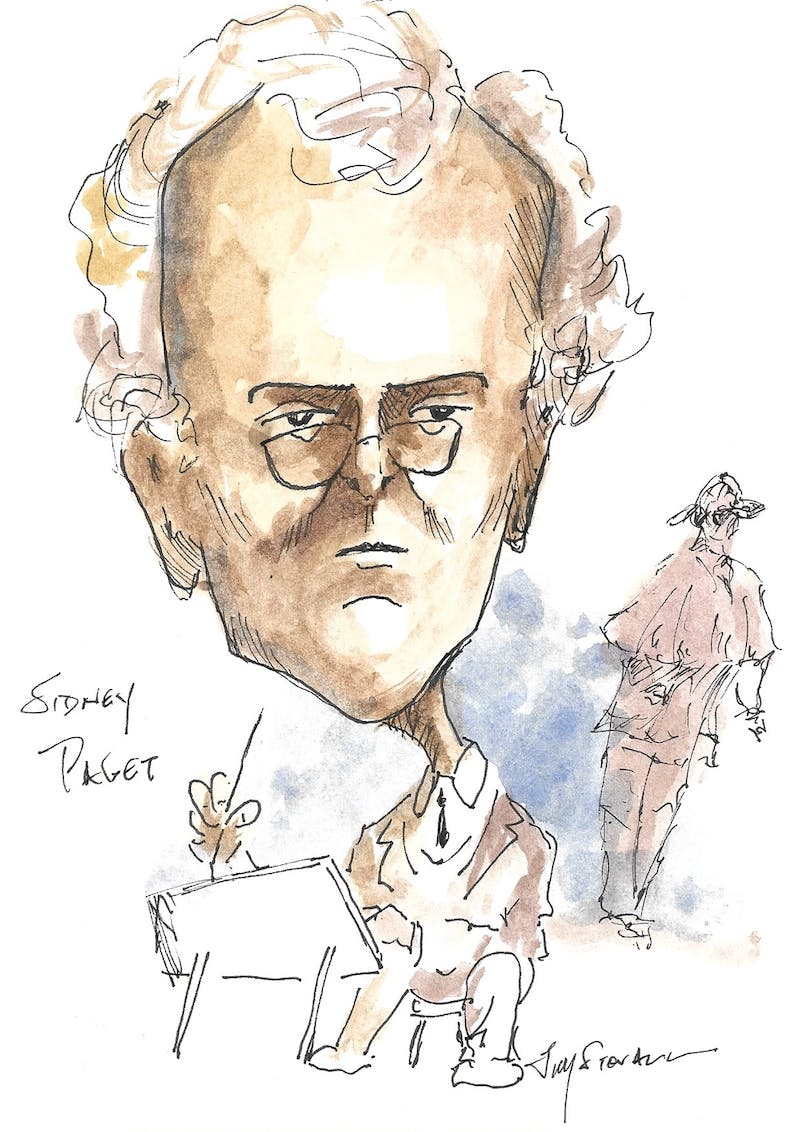 Those stories and the images that went along with them made The Strand one of the most popular magazines in Great Britain. At first, Paget created small cuts — images that could fit on less than a quarter of a page — but later his images grew to be larger and more elaborate. Some of them took up an entire page. In addition to drawing scenes from the stories, Paget began infusing the pictures with his own imagination. He gave Holmes his angular face and receding hairline. Most importantly, he draped Holmes with a deerstalker cap and an Inverness cape. These were accouterments that were never mentioned in any of the Holmes stories. They came from Paget, not Doyle.

In all, Paget drew more than 350 images for the Sherlock Holmes stories.

Paget had two brothers, Walter and Henry, who were also illustrators. One of the legends that surrounds the publication of the Sherlock Holmes stories is that the original commission for illustrating the stories was offered to Walter, but Sydney got the letter by mistake. Recent research, however, has led those who study this subject to doubt that the story is true.

Paget had many other commissions from a variety of other publications. His Sherlock Holmes illustrations had made him one of the most popular illustrators of his day. He worked hard to support himself, his wife, and his four daughters – apparently too hard. He died in 1908 at the age of 47 years old. One of the causes of death was listed as “exhaustion.”