Louis Braille and a new way of reading and writing

January should not escape us without noting that it is Braille Literacy Month. No name is more associated with reading and writing by the blind than that of Louis Braille.

Braille’s method of writing so that the blind could read was not the first such system, however. Another system of writing and reading prevailed and was well entrenched when Braille came along.

Braille was born on January 4, 1809, in a small town in France, and he was blinded when he was a very small child. He was sent to Paris by his family to be educated at the Royal Institute for Blind Youth in 1819. He was only 10 years old, but he proved to be a quick and curious student. 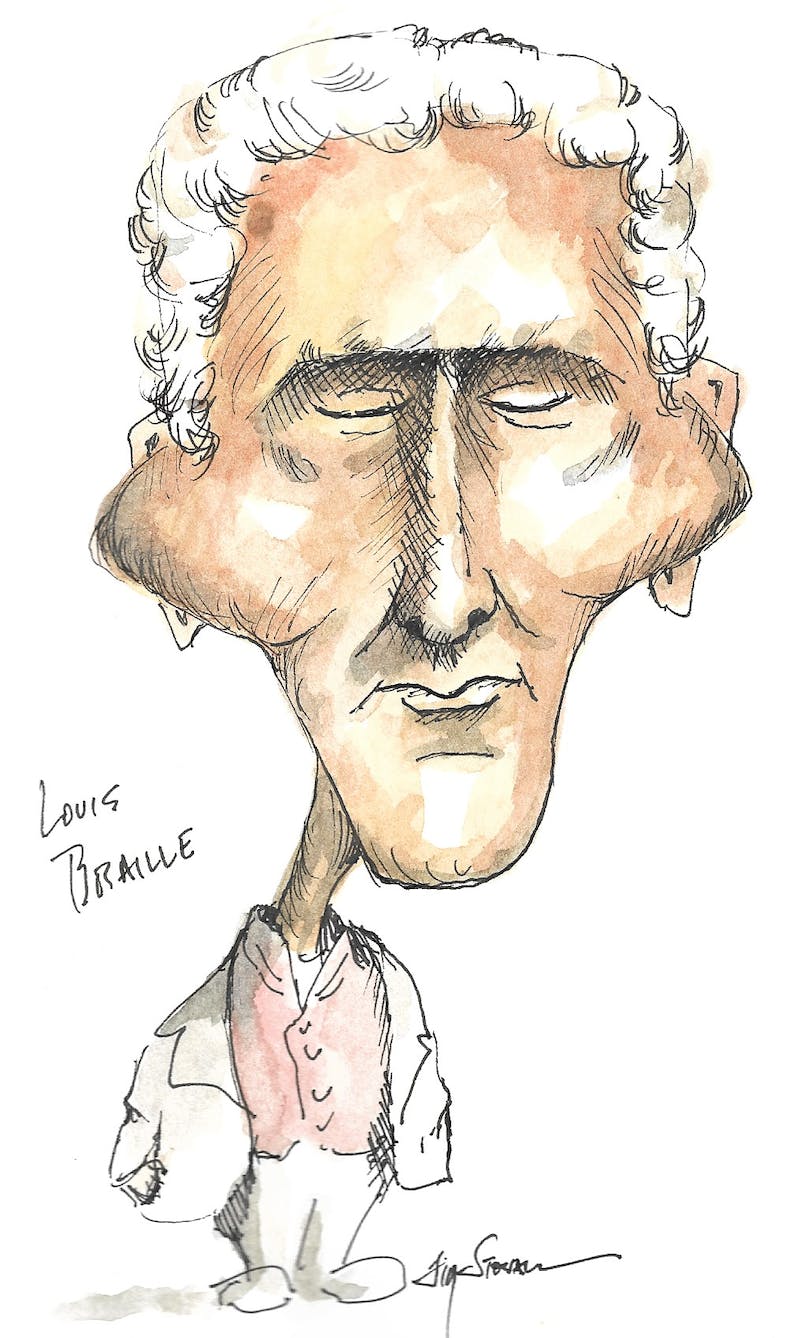 At the time, students were taught to read using a system developed by the institute’s founder Valentin Haüy. Haüy​ was not blind, and his system involved embossing heavy paper with Latin letters, and students could read by moving their fingers across the letters. Haüy had produced a small number of books using this system, but these books were expensive and difficult to make. And, of course, blind people could not write without a lot of expensive equipment. Still, the system was a breakthrough in it married reading to the sense of touch by the blind.

Two years after Braille came to Paris,  the school was visited by Charles Barbier, a former soldier in the French army who had devised a system called “night writing.” The system used a configuration of 12 dots punched into a piece of paper for each letter, and it allowed soldiers to exchange secret information at night. The system worked, Barbier said, but it was very difficult for the soldiers to learn. Almost immediately, Braille recognized that this was a system that could be adapted to allow blind people to read.

Even though he was only 12 years old, Braille believed that he could improve on this system, and he started to work on it. By the time he was 15, he had devised a system that used only six dots per letter. Braille then went to work on a book that explained his system and argued that it would enable blind students to write as well as read. The book was published in 1829. It was the first book published using what would eventually be a universally-accepted system.

Nevertheless, Braille continued to revise and advocate for his system. In addition to his other skills, Braille with a noted mathematician and a musician, playing both the cello and the organ with great proficiency. Thus, he added numbers and musical notation to his system. Braille played the organ at churches throughout France, and he was the regular organist for two different churches in Paris.

Braille suffered from ill-health his entire life, and his condition – probably tuberculosis – worsened as he reached the age of 40. He finally had to give up his teaching position at the Institute, and in 1852, at the age of 43, he died. Two years after his death, The Institute began using his system of reading and writing. Within 30 years, that system had been accepted in all parts of the world except North America. It was only in the 20th century that Americans finally accepted the Braille system.