My poor math skills were on display in last week’s newsletter when I noted the birthday (March 31) of Johann Sebastian Bach. I was only off a hundred years. Saturday is actually the 333rd anniversary of his birth. (Thanks to Tod for letting me know and to the rest of you for not flooding my email box with the correction.)

Happier news came this week with the Opening Day of the professional baseball season. Now we can finally dispense with all of those minor, off-season sports (yes, even including the Olympics, which last about 12 or 13 days too long) and get on with the sport that actually makes life worthwhile. More below. Good news also came from the garden this week. On Wednesday morning, I spent about three hours on the tractor, tilling all of our garden plots. It’s nearly time to plant.

I hope that every single one of you has had a very good week.

Winston Churchill, master of the language

I have been discussing Winston Churchill for the last couple of weeks, concentrating mainly on his writing of his history of World War II. I have finished the third of a three-part series on this particular aspect of Churchill’s long career, which you can read here on JPROF.com. The first two parts are here: 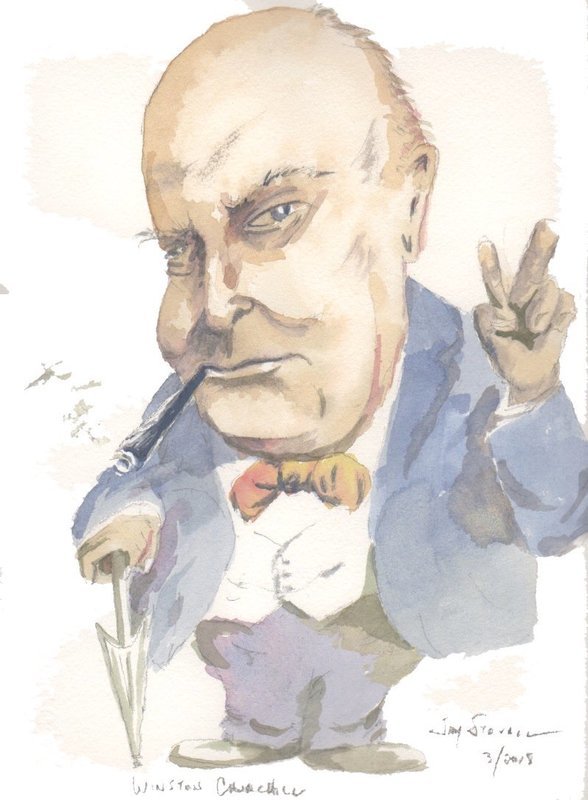 Much of the information in these pieces comes from David Reynolds‘ book In Command of History, a fascinating 600-page examination of Churchill’s efforts to have both the first and last word about himself and his actions during World War II. I also consulted William Manchester’s magnificent three-part biography of Churchill, The Last Lion, and find that I am not done with the man just yet.

Church found his voice and talent as a writer and journalist just as he was reaching adulthood. He believed himself destined for greatness, and he did everything he could to make sure he got there. Manchester has too many good stories about the young Churchill to pass up, and I will relate some of them to you in the coming days.

William Shakespeare is still on my mind, and I recently thought it was would be cool to listen to some Shakespeare rather than read him. After all, he wrote plays — things that should be seen and heard. Listening to his words should be the consumption mode of choice.

What I found was a gold mine with treasures of all sorts.

It’s LibriVox. (Donations are requested, but it’s not necessary to pay or subscribe.)

LibriVox is a service begun by Canadian Hugh McGuire in 2005. It offers only public domain works (which means you won’t find the latest James Patterson novel there), and these are read and recorded by volunteers. You can listen or download all sorts things.

The site has a simple, straightforward format and an easy search engine. Some of you have said you like audiobooks rather than print or ebooks. If that’s you, this is the place. If you’re into rock ‘n roll and true crime, this may be the podcast for you: Disgraceland. This is a well-produced, well-written podcast — with lots of funky music in the background — that is sometimes mesmerizing. The first episode is about Jerry Lee Lewis, a.k.a. The Killer,  and what happened to his fifth wife. Creator Jack Brennan has given us a compelling audio experience that lasts about 30 minutes. Brennan is a rock ‘n roller, and it shows in his prose. These podcasts are lots of fun.

One night in 1983, Jerry Lee’s fifth wife, Shawn Stephens, called her mother and said she was leaving her famous husband of a few months of marriage. The next morning, she was dead. Did Jerry Lee do it? There’s lots of evidence of a cover-up. This is a good listen, so give it a try.

The making of a watercolor

A couple of weeks ago, the watercolor of the week was a painting of the Blount County (TN) courthouse, a beautiful and distinctive public building. I thought that explaining the process of how that watercolor was made might be of interest to some, so I took pictures of what I was doing at different stages of making the painting. I have posted those with a bit of commentary about what I was thinking when I did the paint.

All of that can be found here on JPROF.com. Enjoy!

The American Civil War produced many odd and interesting stories, but the Stone Fleet has to be one of the oddest I have heard. Early in the war, the Union’s Navy Department was charged with blockading the ports of the South, a job for which it simply did not have the ships or manpower. That would take time to acquire, and it would take a well-thought-out strategy. All of these things would come, eventually. Meanwhile, by some means or another, Southern shipping had to be choked off. Charleston harbor with its many channels and possibilities was the toughest for the Union to block. In 1861, there emerged from the Navy a plan to jam up the harbor by sinking some obsolete whaling ships at its mouth. Consequently, the government purchased about 30 of these ships, filled them with rocks — thus, the Stone Fleet — and sailed them south to Charleston.

The plan was executed perfectly. When the ships arrived at Charleston, a cork was pulled out of a hole in the hull, and the ships sank like the stones they carried. The problem was, it didn’t work. Some parts of the harbor were blocked temporarily, but eventually the sunken ships broke apart and floated away. Blockade runners continued unabated until the Union found more effective means to stop them.

The good news for everyone is that the Stone Fleet did no permanent damage to Charleston harbor, as some feared it would. It is still one of the busier ports in America.

More information about the Stone Fleet can be found in this New York Times article and on this page on the Emerging Civil War website.

Gary H.: I read with great interest the New York Times article by Christopher Levesque cited in your latest blog post regarding the My Lai massacre. I was in Drill Sergeant Academy with the Michael Bernhardt mentioned in the piece. He told me about the massacre, but I chalked it up as “just another war story.” I remember him commenting that “soon the whole world would know about it.” Later I learned that he was one of the whistleblowers to Life Magazine (could have been Look Magazine – not sure). The article brought back memories from almost 50 years ago. Understanding a person does not mean condoning; it only means that one does not accuse him as if one were God or a judge placed above him.

Last week’s newsletter: Churchill commands history (or tries to); My Lai; how to avoid sugar; and a bonus: newsletter March 23, 2018