Life is not all sitting around reading and writing blog posts and painting watercolors. Sometimes there is real, hard physical labor involved. That’s what it has taken over the past few weeks to clean out our 50+-year-old barn and re-floor it so that I can put some of my woodworking equipment there. I’m also contacting All Service Plumbing so they can take care of the plumbing. I’m happy to report I have finished re-flooring much of the center of the barn, which gives me an extra 500 square feet of working space. I have begun to move some equipment (table saw, drill press, belt sander, etc.) in there and am now considering what my first projects will be. I’ll keep you posted.

Last week’s newsletter included some inside info about this newsletter. There’s some more this week below the signature.

Shakespeare’s source: peering into the mind of a genius 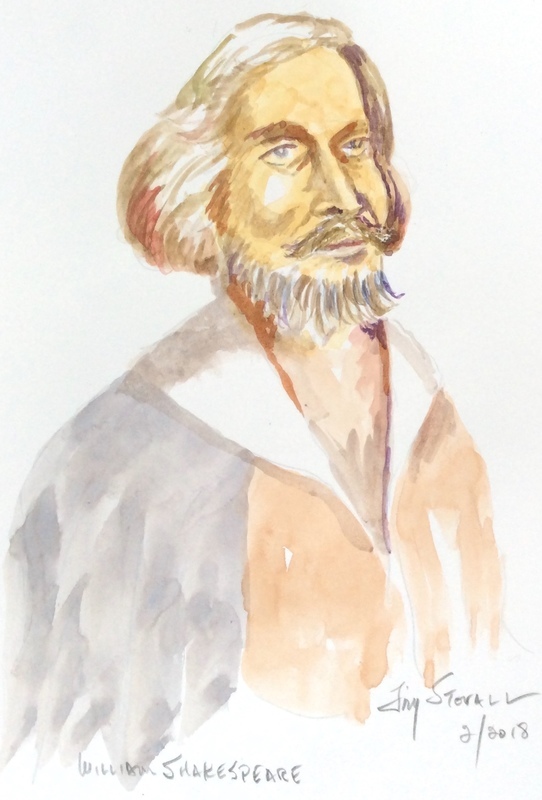 his mind worked. William Shakespeare, who lived a century after Leonardo and whose business was writing, left us no such record of his life. Much of what we know about The Bard is what scholars and literary detectives have gleaned through implication and circumstantial evidence. That’s too bad because Shakespeare was a great writer who appeared just when we needed him the most — the time when English was developing as the beautiful language we have today.

Where did Shakespeare get his ideas? How did he formulate the depths of the poetry of his plays? Who and what influenced his thinking and writing?

We have so few answers to these questions that when clue about them appears, we get pretty excited. That’s what happened last week when a new book (Rebellion and Rebels) appeared. The authors indicated that an obscure contemporary of Shakespeare was probably a source for few of his more famous soliloquies. Using computer software designed to detect plagiarism, a computer nerd and a Shakespearean scholar have tracked the ideas and some of the words found in one of Shakespeare’s most famous speeches — the opening lines of Richard III (Now is the winter of our discontent . . .) — to a fellow named George North.

Read a bit more about this and why it’s important in this short article on JPROF.com.

Etymology just for the fun of it

Friend and fellow newsletter reader Brett M. sent me a couple of books this week, and they could not have pleased me more. They are Mark Forsyth’s The Elements of Eloquence: Secrets of the Perfect Turn of Phrase and The Etymologicon: A Circular Stroll Through the Hidden Connections of the English Language.

Forsyth writes with an energy and wit that speeds the reader through the maze of his brain and his knowledge as he makes connections with words and phrases that are surprising, extraordinary, and often laugh-out-loud funny. Forsyth’s blog is InkyFool.com. That’s a good place to start. He has just published a book titled A Short History of Drunkenness, which he describes thusly:

A Short History of Drunkenness traces humankind’s love affair with booze from our primate ancestors through to Prohibition, answering every possible question along the way: What did people drink? How much? Who did the drinking? Of the many possible reasons, why? On the way, learn about the Neolithic Shamans, who drank to communicate with the spirit world (no pun intended), marvel at how Greeks got giddy and Sumerians got sauced, and find out how bars in the Wild West were never quite like in the movies.

This is a history of the world at its inebriated best.

The purpose of great literature

On the not-so-funny side of the language this week is the news that the school system in Duluth, Minnesota, has dropped The Adventures of Huckleberry Finn and To Kill a Mockingbird from its ninth-grade required reading list. School officials did this because some of the words used in these books — actually, one word in particular — might make the students “uncomfortable.”

There you have it, friends: The purpose of great literature: to make people comfortable.

It’s hard not be sarcastic in the face of such thinking, and I have tried to keep the sarcasm to a minimum in a short post about this that I have written for JPROF.com.

The most nutritious foods

I don’t usually venture into the realms of food and its preparation (above my pay grade, I am told), but I thought this was interesting. On the British Broadcasting Corporation site a couple of weeks ago was a listing of the 100 most nutritious foods based on research done by scientists and compiled by the U.S. Department of Agriculture.

The listing begins with Number 100 and goes down to Number 1. I didn’t have the patience to go through the entire list to begin with so I scrolled down to find out the top 10 or so. (SEMI-SPOILER ALERT) Here the top dozen, but they are listed in alphabetical order, so if you want to know the winner, you’ll have to go to the site: almonds, beet greens, celery flakes, cherimoya, chia seeds, dried parsley, flatfish, ocean perch, pork fat, pumpkin seeds, snapper, Swiss chard.

And the others on the list? Relax, you’re probably already eating some of them.

Here is the link to the scientific article on which the story is based. http://journals.plos.org/plosone/article?id=10.137…

Jean T.: Tautology – near us is a river called the Ravensbourne River. Legend says it was so named because Julius Caesar saw ravens at its source (there’s no evidence that he made it as far as south London). However, Raven is derived from an old word for river, bourne is an old word for river as well so it is actually the river, river river. Redundancy or what?

Well, readers, what do you think?

Tod: In southern California there is an archeological site called La Brea, where thick oil (tar) has bubbled to the surface. Even the locals call it The La Brea Tar Pits, which, when translated into English, reads The The Tar Tar Pits (la brea = the tar).

What crime against English have you discovered?

Last week I asked: Does this newsletter need a name?

I got a couple of responses and would like to have more.

I think that maybe it does. I have been turning over a couple of possibilities — The Writing Wright and JPROF Journal. One reader suggested Jim’s Jottings. Do you have a suggestion?

Learn from the mistakes of others. You can’t live long enough to make them all yourself. — Eleanor Roosevelt

Jim’s newsletter: Under the hood (part 2)

Number of subscribers and open rates 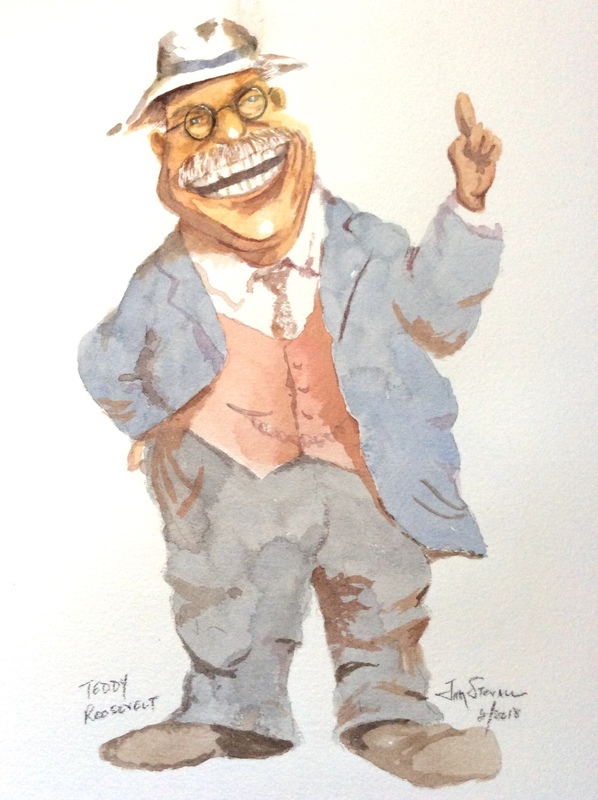 Here’s where we get a bit technical.

There are currently more than 4,000 names on my subscriber list, but that number doesn’t mean much. What really means something is something called the “open rate.” That is, how many of those subscribers actually open the email and engage with it.

You can open an email but still not engage with it. To engage, you must display the images (that’s why I have the note at the top of the email asking you to click on “display the images”) or click on one of the links contained in the newsletter.

I am told that with a newsletter such as many (one by an independent author, that is), an open rate of 25 percent is considered to be good. If you are getting more than that, you are doing very well.

As Teddy Roosevelt would say, “I am DEE-lighted!”

One comment on “A new source for Shakespeare; etymology for everyone; nutritious foods; more crimes against English”