Unseasonably warm weather in East Tennessee last weekend allowed us to check on the beehives, and I am happy to report that both of my hives have bees! This is good news. The biggest challenge a beekeeper has these days is keeping a hive alive during the winter. We’re not done with winter yet, but this is a good sign.

ashiell Hammett is commonly and rightly thought of as the genesis of the of the modern American private eye. It was his Continental Op and Sam Spade who started the line of detectives of mystery literature such as Phillip Marlowe (Raymond Chandler), Lew Archer (Ross Macdonald), Kinsey Milhone (Sue Grafton), Travis McGee (John MacDonald), Spenser (Robert Parker), and many others. But the private detective was not original to Hammett.

Nor was it original to Edgar Allen Poe, who is said to have written the first detective story, The Murders in the Rue Morgue.

The concept of the private detective began a century before Hammett and comes from a remarkable Frenchman named Eugene Francois Vidocq. Not only was Vidocq the first professional private detective that we know of (he practiced in Paris in the 1830s), but he pioneered many modern criminology procedures such as undercover work, criminal identification, crime scene investigation and crime recreation, ballistics, and even finger-printing (although he did not have much success at this).

Vidocq is well worth reading and knowing about, and I have posted a short article about his life and work on JPROF.com

Anyone who has read or knows anything about the war in Vietnam is familiar with Neil Sheehan. Sheehan covered the war as a reporter for the New York Times and was one of the correspondents who could see that the American government’s description of the war and what was actually happening there were quite different.

Sheehan’s great Vietnam book is A Bright and Shining Lie: John Paul Vann and America in Vietnam. In this book Sheehan focuses on an Army officer (and later a civilian working in Vietnam) who was both gung-ho and highly critical of America’s involvement and actions in southeast Asia.

It took Sheehan 14 years to write the book. A recent article in the New York Times recounts some of what Sheehan had to go through to finish the book:

The years it took to complete “A Bright Shining Lie” consumed Sheehan. It was extremely hard on his wife, Susan, and their daughters; the girls were barely in elementary school when he started, and out of the house by the time he finished, with no family vacations to speak of along the way.

“I set out to write a normal-length book in a few years time, but Vann turned out to be the most extraordinarily complicated man I ever met,” Mr. Sheehan, 81, said from his Washington home. “I never thought I wouldn’t finish the book, but it was extremely draining.”

You can read the entire interview here on the New York Times website.

True crime podcasts: In the Dark

I keep thinking that I will stop recommending true crime podcasts, and then I find another one that I think you would enjoy. So it was again this week.

In the Dark (season 1) recounts the story of the disappearance of 11-year-old Jacob Wetterling from his home in rural Minnesota in 1989. It comes from American Public Media, and these folks know how to do audio. Madeleine Baran does most of the reporting and the narration for this series, and she tells a compelling story about what became one of the most massive manhunts in the history of American crime. In the words of the podcast description, the story 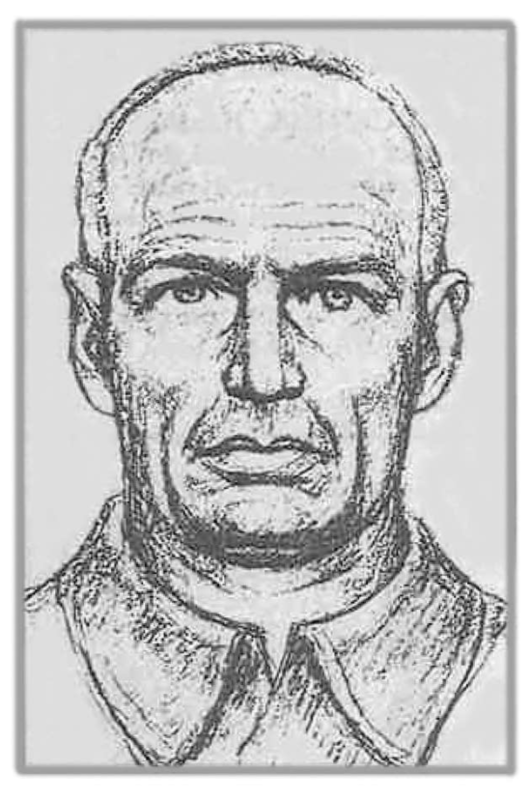 . . . reveals how law enforcement mishandled one of the most notorious child abductions in the country and how those failures fueled national anxiety about stranger danger, led to the nation’s sex-offender registries and raise questions about crime-solving accountability. Read the story.

Despite the world-wide nature of the investigation, it took 27 years to solve the crime, and Baran does an excellent job of telling us why. In addition, the website has lots of extras about the case, including one I found personally fascinating: The misunderstood police sketch.

I highly recommend this one.

I have an odd hobby. I collect redundancies. They’re fun, and they don’t take up much shelf space.

I began this hobby many years ago when I was in the U.S. Navy, and a chief petty office wrote us a memo that contained this memorable line: “We must not forget to remember . . . “

My collection has grown over the years, and you can read more about it in this post on JPROF.com. What’s your favorite redundancy?

Meanwhile, more members of our Baker Street Regulars (as opposed to Sherlock Holmes’ Baker Street Irregulars) reported in this week with crimes they had detected:

Alice C: I really enjoy reading your Crimes against English segments. I did, however, want to bring to your attention that according to Merriam-Webster’s second definition of trajectory, the word can mean: “a path, progression, or line of development resembling a physical trajectory,” as in an upward career trajectory.

I will try to learn my lesson and not repeat my misuse of podium.

Nina pointed out that I had misspelled lectern in last week’s newsletter. Everyone needs an editor, and I sincerely appreciate it when readers take the time and effort to correct my mistakes. Thanks, Nina.

Thanks again to all for their these witty and perceptive emails. What are your thoughts? 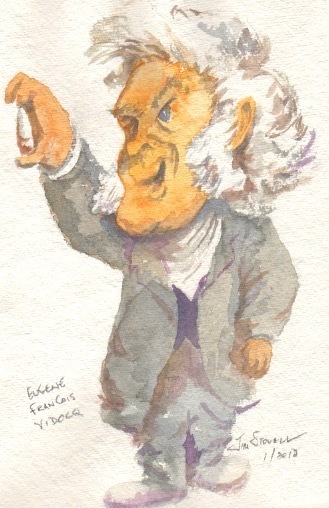 Caricatures, a couple of which you saw last week, still continue to be lots of fun for me. I hope they’re fun for the viewer, too.

UPDATE: All of the paintings in this giveaway have been claimed. They were snapped up within three hours of my sending out the original email on Friday afternoon. I will organize another giveaway soon.

Last week I said I had something very special planned that involves some watercolors and drawings you may have see in the newsletter or on JPROF.com over the past few weeks. So here it is. And please remember that this is an experiment. It may all blow up, and if it does, I’ll let you know.

I want to give away some of my original watercolors, and some I am offering a few of them on this page on JPROF.com. Right now, the offer is only to readers of this newsletter, and the post is password protected. The password is watercolor.

Two reasons. One is that I doubt that I will ever have a show or try to sell any of these. So, rather than have them languish in my closet, I would like to get them into the hands of people who might life them. That’s part of the experiment. I’m not really sure if anyone wants them, and this is a way to find out.

If all goes well, I will do this again before long. (I have lots of paintings and drawings.)

No man is an Island, entire of itself; every man is a piece of the Continent, a part of the main; if a clod be washed away by the sea, Europe is the less, as well as if a promontory were, as well as if a manor of thy friends or of thine own were; any man’s death diminishes me, because I am involved in Mankind; And therefore never send to know for whom the bell tolls; It tolls for thee. John Donne, poet (1573-1631)

Author Philip Roth, now nearly 85 and retired from writing, has given an interview to New York Times journalist Charles McGrath, and it is fascinating.

More than 50 years ago, the Alabama-Georgia matchup resulted, not in a national championship, but in a legal ruling that expanded the First Amendment protections we now enjoy.