The state of Alabama plays a prominent role in this week’s newsletter. So does Edgar Allan Poe (again), James Whistler, and the Washington Post. The newsletters this week and next week are a bit shorter than usual because of the Christmas season. Next week I plan to say something about the fictional “private eye.” Meanwhile, Happy Holidays to all.

Look back over the entire year and tell us what the best book you read this year was. Any subject, any genre will do. A short description or review wouldn’t hurt, but it’s not necessary. And you don’t have to have finished it yet. If you reading something that’s the best right now, let us know. We’ll begin posting the list next week and will do so through the end of the year. 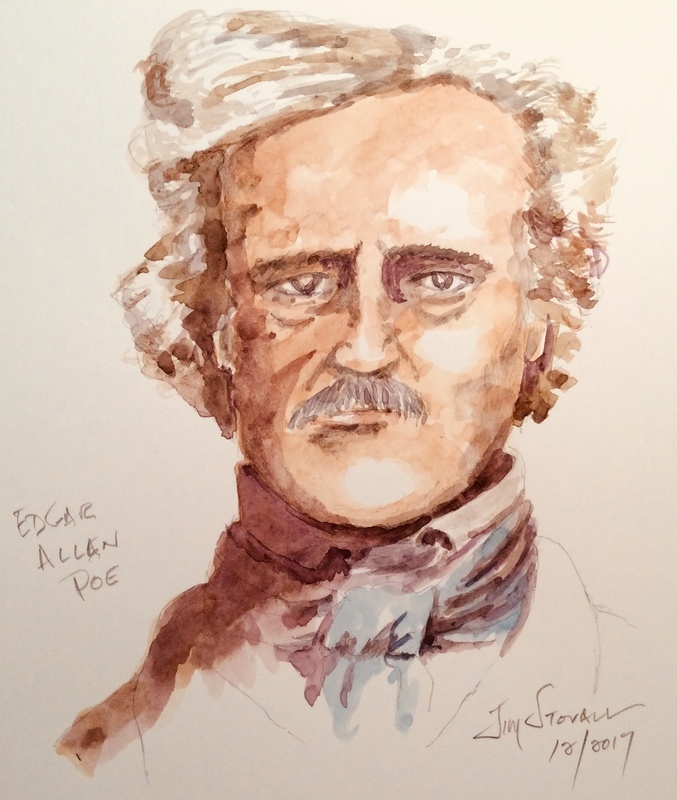 Did you know Edgar Allen Poe was a Cadet at the U.S. Military Academy at West Point? He, like I, was an enlisted soldier that went to the Academy. He was a First Sergeant/Master Sergeant while I was just a Private First Class. He got homesick and wanted to leave though his foster father would not let him, I wanted a better academic situation so I transferred to Claremont Men’s College (now Claremont McKenna College in California). He was kicked out for messing up too much, though the unconfirmed story was that he reported to the evening formation that was called as Crossed Pistol Belts, Under Arms. Normally that would be the uniform of the day with the white canvas white belts I am sure you have seen, with his duty rifle. The story goes that he showed up exactly as it was called by wearing the Crossed Pistol Belts, with his rifle, sans his uniform.

A couple other one-year Cadets were Dr. Timothy Leary and James Whistler.One story about Whistler was an incident in his Drafting class. The Assignment was to draw a bridge. Ever the aspiring artist, he drew the river, trees on the riverbanks and two boys sitting on the bridge fishing. The Professor told him to get the boys off of the bridge. The next rendition had the boys on the riverbank fishing. Again, he was told to get the boys out of the picture. The final drawing had two little headstones.

More from Dan C. about all this next week.

Sandi Scott is an independent author with whom I am working. She and I have agreed to introduce our newsletter readers to each other’s books. Sandi writes “cozy mysteries,” and I’m sure that some of you out there are into those. Even if you’re not, here’s a free one if you have Kindle Unlimited and $2.99 if you’re don’t: Murder on the Movie Set: 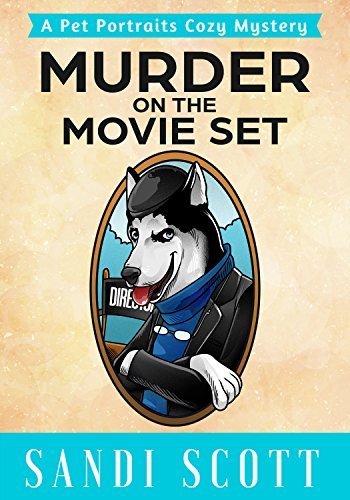 A stroke of luck introduces Georgie to her favorite actor, and then thrusts her into a mystery she can’t resist investigating.

Georgie Kaye is waiting for a pet portrait client when she wins a day pass for a behind-the-scenes visit to a movie staring her and her twin sister, Aleta’s, favorite actor, Dustin Stetson.

Once on set, the feisty sexagenarian twins are enthralled watching a movie being made, delighting in the thrill of celebrity and the delectable sweets catered on set. The movie-like dream crashes back to reality when the producer collapses and dies on set, apparently of a heart-attack.

Georgie can’t resist following her suspicions of foul play, and uses some fancy footwork to get herself and Aleta invited back for another day on the movie set. . . .

S-town. The makers of This American Life and Serial have done it again.

They have created a podcast series that begins in one direction and zigs and zags through a variety of fascinating scenes, situations and characters. You think it’s about murder or small-town corruption, but by episode 3, it’s headed off somewhere else. The story comes from Woodstock, Alabama — just up the road from Tuscaloosa where I used to live — and begins with John B., an unhappy resident there, calling reporter Brian Reed and asking him to investigate the cover-up of a murder that has occurred in Woodstock. Once you have listened to episode 1, you’ll be on the roller coaster and won’t be able to get off.

See what else we’ve recommended below the signature of this newsletter. 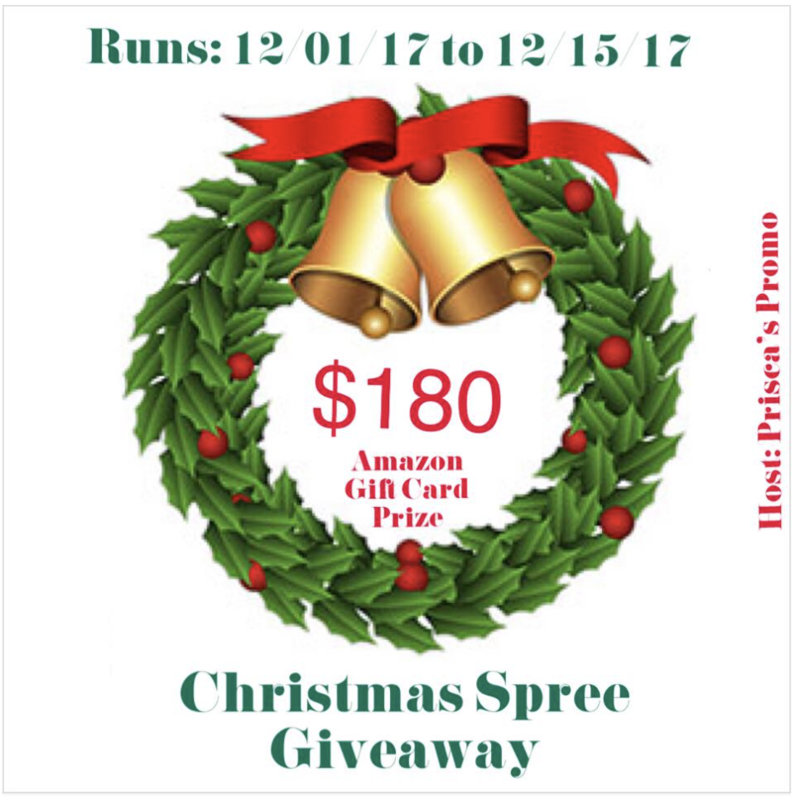 Christmas Spree Giveaway. As usual each month, I get together with some other authors to sponsor an Amazon gift card giveaway. This month’s giveaway is $180, which should come in handy for some Christmas shopping. The giveaway sign-up ends today (Dec. 15), and the winner will be announced soon. Go to this Rafflecopter link to sign up: http://www.rafflecopter.com/rafl/display/77deea0966/?

More entries from The Devil’s Dictionary by Ambrose Bierce, these from the letter G:

GRACES, n. Three beautiful goddesses, Aglaia, Thalia and Euphrosyne, who attended upon Venus, serving without salary. They were at no expense for board and clothing, for they ate nothing to speak of and dressed according to the weather, wearing whatever breeze happened to be blowing.

GRAPESHOT, n. An argument which the future is preparing in answer to the demands of American Socialism.

GRAVE, n. A place in which the dead are laid to await the coming of the medical student.

Finally . . . a word about Alabama and journalism 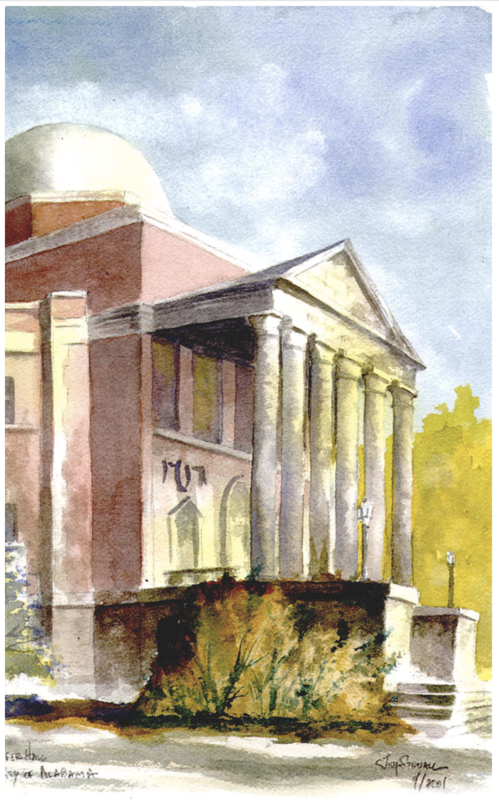 I taught journalism at the University of Alabama for 25 years, mostly in this building, where I had great colleagues, committed students, and a beautiful campus on which to work. I painted this building many times, and this attempt is probably my favorite one.

The eyes of the world have been on Alabama this week, and the results are now in on a very important race for a seat in the United States Senate. The trajectory of that race was changed in November by a solid piece of journalism produced by reporters and editors of the Washington Post. They found four women — all of whom were willing to go on the record — who accused one of the candidates of stalking or sexual misconduct when they were teenagers. The reporting was careful and meticulous. While the defenders of the candidate in question cried “Foul!” and “Fake news!”, the reporting stood up against all the attackers.

The smart way to keep people passive and obedient is to strictly limit the spectrum of acceptable opinion, but allow very lively debate within that spectrum — even encourage the more critical and dissident views. That gives people the sense that there’s free thinking going on, while all the time the presuppositions of the system are being reinforced by the limits put on the range of the debate. Noam Chomsky, linguistics professor and political activist (b.1928)

Do not forget the victims of Hurricanes Harvey, Irma, Maria, and Nate. Add to these those devastated by the California wildfires. These and many other disasters mean that people need our help. The United Methodist Committee on Relief (UMCOR.org) is my favorite charity. Please make a contribution to yours.Keep reading and have a great weekend. 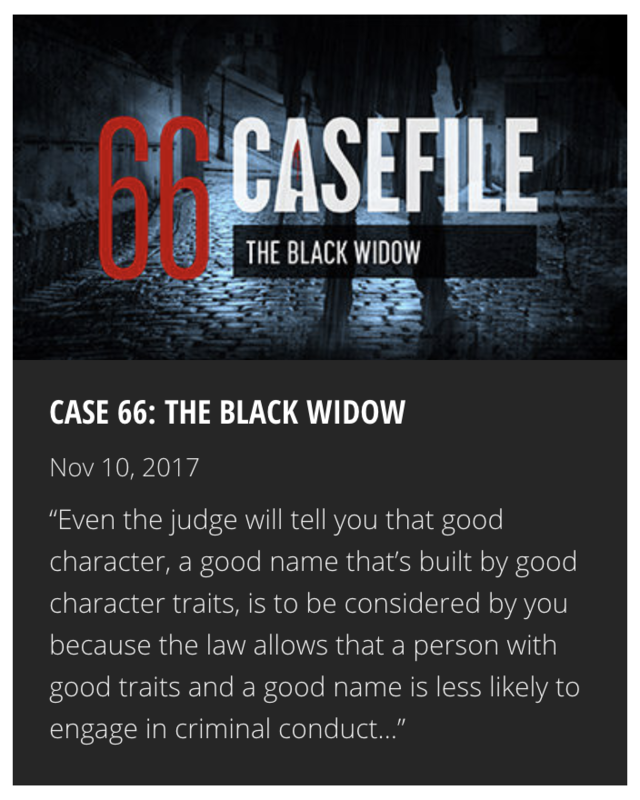