A healthy portion of ink, airtime and web electrons were expended by the news media during the last week on the subject of Barack Obama’s Blackberry.

Would he be able to keep it? He certainly wanted to and said so publicly. The Secret Service, it was reported, worried about security (as it should) and made no bones about the fact that he would have to give it up. Finally, negotiations produced an agreement that allowed him to hang on to it.

Most of the news coverage treated the whole as interesting but somewhat trivial.

One story in the Times referred to Obama’s Blackberry “addiction,” but the use of that word — even playful as it was — betrays an attitude about mobile communication that demonstrates a fundamental misunderstanding.

Mobile communication is an important, fast-growing phenomenon. It most definitely is NOT trivial. 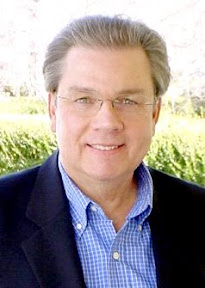 My friend Chuck Warnock (Confessions of a Small Church Pastor and pictured at right) has been after me for several weeks to pay attention to the mobile phenomenon. Chuck pastors a church in central Virginia and is carving out a niche for himself as a guru of the future of small churches. He made his points convincingly this weekend when he came to visit and we had a couple of long conversations about it. (Chuck is also the lead partner with me in SmallChurchPROF.)

Mobile communications, he says, is the next big thing. We don’t recognize that in America because our devices are so far behind those of most of the rest of the world.

Chuck directed me toward Tomi Ahonen, one of the chief writers and thinkers about mobile technology, its use and implications. Ahonen, a marketing consultant, has written several books, one of which is titled Mobile as the 7th Mass Media. (You can read or download an excerpt of the book at this site.) The first six are

While the internet has had a huge impact on our lives during the past 15 years of its existence, Ahonen argues that mobile will have much more impact and it will be much fast. He marshals some impressive statistics to back up his argument. 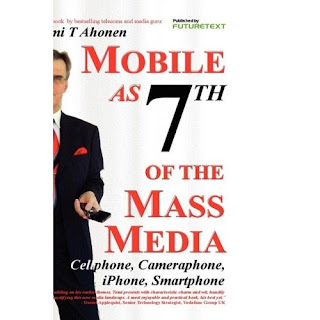 Ahonen believes the introduction of the iPhone will be a key date in the history of technology because it will be the time when American creativity was awakened to the possibilities of the cell phone as an all-purpose communication and community-building device.

This is fascinating stuff — and a little scary.

Personally, I’m a Luddite when it comes to cell phones. I can barely remember to take my cell phone with me when I go out of the house, and as I write this, it’s downstairs and I’m upstairs (not in arm’s length). I do not have a Blackberry but suspect that an iPhone will be in my future before too very long. It isn’t in my hands yet, however.

Still, every high school and college student has a cell and is an expert in sending and receiving text messages. Like many other adults, I have denigrated this behavior as a waste of time and technology (which, undoubtedly, much of it is). But then, lots of people (including me) have denigrated Facebook and Twitter (follow me here), both of which I am sold on.

What are the implications for journalism and journalism technology of the coming Age of Mobile?

Plenty. I just don’t know what they are yet, but Chuck has convinced me to get my head out of my MacBook computer screen and start looking around. There will surely be lots to see.

I’m glad our president is keeping his Blackberry. He’ll need it.

So, apparently, will we.