My friend Chuck Warnock (Confessions of a Small Church Pastor) says that Tuesday saw more than the inauguration of a new president. 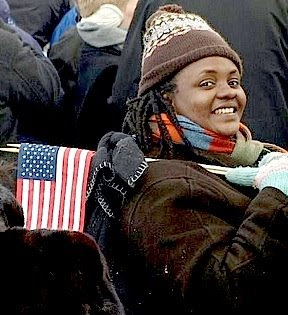 I believe that we as a nation returned to our story on Tuesday. America’s story had been one of creation, not destruction. Our story had provided the hope of the American dream to immigrants who flooded onto our shores. Our American story had said that we do not start fights with other countries, that we will take the first blow, that we are never the aggressors. Our nation’s story had survived a war of independence, a fledgling government, a civil war that almost ripped us permanently apart, two world wars, a great depression, the immorality of slavery and the injustice of segregation. And yet we went on, we learned from our own mistakes, we gave the right to vote to women and minorities, we continued to believe that America stood for the best in our common humanity, that we were a global lighthouse to others who yearned to be free.

We had strayed. We had lost our way. We did things to ourselves and to others that we never should have done. It will take some time to fully restore ourselves.

But Tuesday was a start.