Memo to self: Writing projects and beyond

Now that I’ve ushered one big writing project out the door, it’s time to assess and indulge. A couple of things are done, but a couple of others need attention, and some things loom on the horizon. 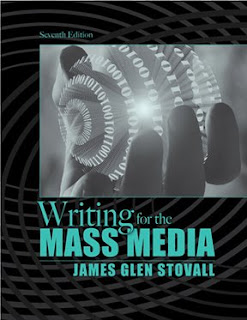 Writing for the Mass Media. The seventh edition is finished. I put a disk with the supplements in the mail this morning, and soon it will be winging its way toward Boston to await the arrival of the print edition, which will come into existence next month. I never think these new editions are going to require much, and they always turn out to massive efforts.

This book has a lot of meaning for me, and it’s hard to know where to start talking about it. Next year will be the 25th anniversary (officially) for the book, and I look upon it as the major scholarly achievement of my academic career. The book has been used in more than 450 colleges and schools in its lifetime. It has been adopted in countries around the world and used as a text in high schools across the U.S. The sixth edition alone was used in about 200 schools and colleges, so it continues to attract adherents.

I have been working on the seventh edition since last spring — and thinking about it even before then. A new edition of a textbook is a tricky thing. You want to change it some — add news stuff and the like — but you don’t want to upset the folks who are already using it. So the new ideas have to be carefully considered. Then there’s the powerpoints (fortunately, I had a willing grad student do those) and the instructors manual and the web site, which I did myself. The web site isn’t up officially, but I have parked it on JPROF.com, so anyone who is interested can take a look.

So, it’s done. I’m happy. And I don’t want to think about it any more.

After Wallace: The 1986 Campaign for Governor and Political Change in Alabama. This book, co-authored with my good friend Pat Cotter, also has a long history stretching back into the 1980s, and I won’t go into that here. The book is on its way to being published by the University of Alabama Press. It is the last hooray for Pat and me and our involvement in politics in Alabama. I left the state in 2003, and Pat will be retiring from the University of Alabama at the end of the academic year and moving to South Carolina with his wonderful wife Barbara.

The book tells the story of the 1986 campaign for governor in Alabama. It was the first post-Wallace era election, the campaign from January through November is a rollicking tale, full of political knife-fights, humor and surprise. It was fun to be there and fun to write about it. The book is full of public opinion stuff, which is what Pat and I were doing at the time. That stuff will make the political scientists happy, but the story itself is the best thing about it.

We sent the manuscript to the UA Press more than a year ago, and the copy-edited pages showed up last week. The Press seems to have an extremely slow process, particularly in light of the speed with which things like this CAN be published these days. Still, Dan Ross, the director of the press, is a good guy and easy to work with. The book should be out sometime next year (maybe). 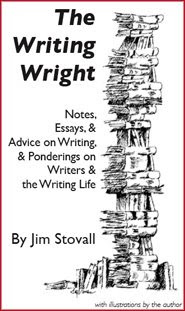 The Writing Wright. This little book was lots of fun to do and is our test case for viral marketing. Cyn Mobley, publisher and owner of Bushido Press/Greyhound Books, had wanted a small book from me, and I thought this one — using stuff I had already written plus drawings that I had used elsewhere — would fit the bill.

“You can order it for $10 from Amazon,” I have been telling everyone. “It makes a great Christmas gift.”

I’m not wrong about that.

I made pages for the book in Facebook and MySpace, and I even bought a bit of Facebook advertising to see how that works. Those were in addition to the web site I created for it on JPROF.com — and I am using its title for this blog, too.

A second volume is in the works, possibly for next summer.

Kill the Quarterback. I have wanted to write a mystery novel for a very long time. The trouble was, I didn’t know how. Cyn Mobley taught me. She taught me about the difference between story and plot. She taught about three-act structure. She formed a writing group and generously included me. 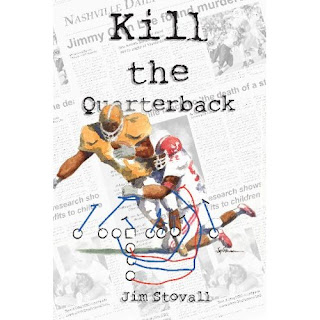 And, when I finished the book, she thought it worthy enough to publish, so she did it herself.

The book has just come out, and it has just gone up on Amazon. It, too, is a great bargain ($16) and would make a wonderful Christmas present for the entire family and extended family and friends.

The protagonist is Mitch Sawyer, a police reporter for a newspaper in Nashville, who has to cover the murder investigation of a star collegiate quarterback. Mitch is not above conducting his own investigations — after all, he is a reporter — and holding back what he has found from the police, even his good friend Detective Tommie Hampton. All that gets him into a lot of trouble, and then he has to figure a way out.

Like I said, a great Christmas present idea, and here’s the Amazon link again in case you can’t find it from two paragraphs ago . . .

That brings us up to date on the writing projects. What’s next? Well, there the second Mitch Sawyer novel that I’m working on. And I am beginning to collect some material for a second volume of The Writing Wright.

Beyond that, I’m not sure.

Another textbook of mine, Journalism: Who, What, When, Where, Why and How, is selling well, and I suspect (fear) that the Allyn and Bacon folks will be around early next year to ask for a second edition of that. The book is 26 chapters long, and that would take a LONG time.