Ayers: No regrets for stand against Vietnam war

William Ayers, head of the 1960s radical antiwar group Weather Underground who became a major issue in the presidential election campaign, told a radio interviewer Tuesday that he had “no regrets for taking a stand” against the war in Vietnam. 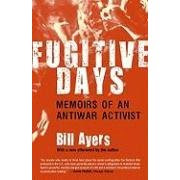 Ayers appeared on Fresh Air with Terri Gross, a National Public Radio show, and talked with her about his life, his radicalism in the 1960s, and the acquaintance he had with Barack Obama that became such an issue with Republican John McCain.

McCain repeatedly denounced Obama for his association with Ayers, a fellow professor at the University of Chicago. McCain’s runningmate, Alaska Gov. Sarah Palin, accused Obama of “palling around with terrorists.” None of those charges had much effect on the outcome of the election, and polls repeatedly showed that most Americans were not concerned about William Ayers.

Ayers refused to answer any of the charges from McCain during the campaign, but he told Gross that was the Republican candidates said about him was “profoundly dishonest.”

At the end of the 40-minute interview, Gross said that many people were waiting for Ayers to say that he was sorry for what he and his fellow Weather Underground cohorts did in the 1960s — they conducted several property destroying missions including placing a small bomb at the Pentagon — and that he regretted his actions.

He refused to do so.

“The culture of apology does not appeal to me,” he said.

While there were some actions he regretted, he said, his opposition to the war was the right thing to do.

The United States in the sixties had “waged a war against a civilian population.”

“My feeling is that we did not do enough to oppose it,” he said.

Ayers said he thought it would be a good exercise for everyone of that era to stand up and say, “This is what we did.” By that standard, the actions of the Weather Underground in trying to stop the killing would compare well to those who were executing the war.

“Looking backward, I don’t see anybody who did the right thing.”

Ayers said no civilian or government official was ever hurt by any of their actions, despite reporters that a policeman in San Francisco had been killed by a member of the Weather Underground.

A Federal case against for violent actions against U.S. property was dismissed in the early 1970s.

Ayers also denied that he had any close relationship with Barack Obama. He held a fund-raising event in his home for Obama when he ran for state senate, and he served is some civic organizations with him, but he was just one of “thousands of people” who knew Obama in his Chicago days.

Ayers is the author of several books including a memoir of the sixties called Fugitive Days: Memoirs of an Antiwar Activist.