A coaching clinic by the Bear

As one of 56,000 rain-soaked fans in Neyland Stadium, I peered out from under my umbrella on that awful October day in 1966, I was unable to fully understand what I was seeing. 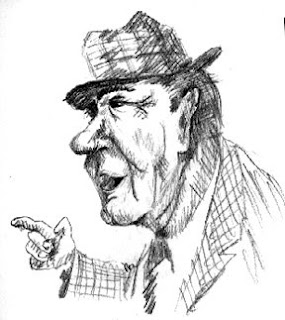 It was an exciting football, certainly. But it was more than that.

And, being unable to see into the future, I did not know how that game and the university the visiting team represented would connect with my life.

In 1966 I was a freshman journalism major at the University of Tennessee. I had been on campus for a little more than a month, and I was just getting started as a staff writer for the UT Daily Beacon. Like just about everyone else on campus, I was a diehard Tennessee football fan. That year, the team had generated a lot of excitement among Vol fans.

Nationally ranked, the Vols were strong at every position, and the prospects for an exceptional season and a major bowl invitation flew high. The season started well with the Vols beating Auburn and Rice, but the Vols then stumbled against Georgia Tech in Atlanta, losing 6-3. As good as Tennessee was, however, Alabama was better. Led on the field by quarterback Kenny Stabler and wide receiver Ray Perkins, the Crimson Tide had won a national championship in 1965, and they were on course to repeat as they came to Knoxville that day.

Alabama also had Bear Bryant. Bryant had been at Alabama for less than a decade, but his national championship count was already at three (1961, 1964 and 1965), and he would win three more (1973, 1978 and 1979) before he was done. He would compile a record and reputation unmatched in the history of college football.

At game time, the field had been softened by hard rains. The rain continued not hard but steadily throughout the game. We stayed under our umbrellas for the entire game, even when they weren’t doing us much good. Tennessee got a couple of breaks early in the game and led 10-0 at the half.

That did not give us much confidence, however. This was Alabama, and that was Bear Bryant down on the sidelines. The two teams slugged it out during the third and fourth quarters, and the field became a mud pit with the yard markers slowly disappearing.

Finally, in the fourth quarter, the Alabama offense asserted itself, and Stabler led a drive that gave the Tide a touchdown. It was then when Bear Bryant gave his team a chance to win. Bryant wanted to win. He hated ties.

Knowing that his defense would probably stop Tennessee on its next possession, Bryant told Stabler to go for a two-point conversion rather than settling for a sure-bet extra point. Stabler zipped the ball into the waiting hands of Wayne Cook in the end zone, making the score 10-8.

I remember clearly sinking into the thought that Tennessee could — and very likely would — lose this football game. With about four minutes left, Alabama kicked off and its defense did what Bryant had planned. It stopped Tennessee on three plays, and again Stabler led the Tide down the field to the Tennessee one-yard line.

There, Alabama’s placekicker made an easy shot that put the Tide ahead 11-10 with about a minute to play. Tennessee wasn’t finished, however. Quarterback Dewey Warren put together a surprising drive that took the Vols down to the two-yard line with 16 seconds.

The team and the crowd prepared for the easy field goal that would put Tennessee back on top.

Bryant, however, was doing something else. As he would do many times in his career, he reached deep into his bench and told one of his players to be the game’s final star. Donny Johnson was a lineman who, in practice, showed an ability to break through the offense and get his hand on place kicks. Bryant told him that now was the time to do it for real.

Empowered by Bear’s confidence, Johnson rushed with the furor of a man possessed. He didn’t get his hand on the ball, but his rush forced the Tennessee kicker off line, and instead of going through the center of the uprights, the ball went high over the right side. Tennessee fans who saw the kick from the end zone thought that it was good, but it was, at best, questionable. The officials waved it off.

Alabama took the ball, ran out the clock and continued on its march to what it hope would be a third straight national champion. The Tennessee game, as it turned out, was the closest it came to a defeat that year.

Tennessee’s season ended well for Vol fans, but it was still something of a disappointment. The Vols lost another regular season game to Mississippi but ended the campaign with a solid victory over a good Syracuse team in the Gator Bowl.

Whatever disappointment Tennessee fans felt, however, paled in the face of the disappointment and frustration experienced by Crimson Tide partisans in early 1967. Despite its undefeated record and 34-7 victory over Nebraska in the Sugar Bowl, the AP and UPI national champions were awarded to Notre Dame, a team that had tied Michigan State during the regular season.

How that happened has long been a subject of controversy in Alabama and is the focus of a recently published book, The Missing Ring: How Bear Bryant and the 1966 Alabama Crimson Tide Were Denied College Football’s Most Elusive Prize, (Amazon link) by Keith Dunnavant.

Twelve years after that game, I found myself in Tuscaloosa as part of the faculty of the Department of Journalism at the University of Alabama. I was a newly-minted Ph.D., and the position at Alabama was my only job offer. I was glad to have it. Even though there was a good bit of orange in my blood, the University of Alabama turned out to be a wonderful place to teach and have a career.

I stayed there for 25 years, during which time I met Bear Bryant briefly and got to sit in on one of his halftime sessions during the 1980 Auburn game. Football, like it is in Tennessee, is a big part of the Alabama culture, and reminders of that are everywhere.

At one hamburger joint where I ate regularly during the years I was there, a large picture of Bryant being carried off the field by his players hung on the wall. The background of the picture was Neyland Stadium, and it wasn’t long before I realized that the photo was taken after the 1966 game.

My wife Sally and I left Tuscaloosa in 2003 and moved to Emory, Va., where I taught for three years at Emory and Henry College.

Then, as Bryant would say, “mother called.”

The School of Journalism and Electronic Media offered me a position on its faculty. Forty years after I had stepped on campus as a freshman journalism major, I returned as a journalism faculty member with lots of memories. One of those memories that remains clearest was that rainy, muddy day in October when Bear Bryant gave us his coaching clinic on winning football games.