The anniversary of the death of a literary light

Part of our collective conversation this past week has been remembering the death of Robert Kennedy, which happened 40 years ago. Kennedy, shot by an assassin in Los Angeles on the night he won the California Democratic primary, died too young. He was 42 years old.

Six decades before Kennedy was killed, on the same day that Kennedy died, American letters lost one of its brightest and briefest flames — Stephen Crane. 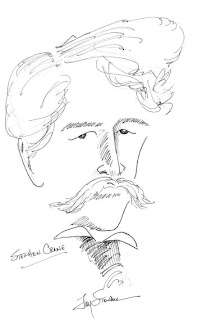