James Madison on freedom of the press

• Congress shall make no law respecting an establishment of religion, or prohibiting the free exercise thereof; or abridging freedom of speech, or of the press; or the right of the people to peaceably assemble, and to petition the Government for a redress of grievances.
– First Amendment to the U.S. Constitution 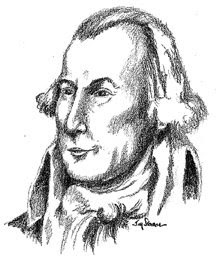 • Whatever facilitates a general intercourse of sentiments, as good roads, domestic commerce, a free press, and particularly a circulation of newspapers through the entire body of the people … is favorable to liberty.
– National Gazette, 1791

• It is to the press mankind are indebted for having dispelled the clouds which long encompassed religion, for disclosing her genuine lustre, and disseminating her salutary doctrines.
– Speech in the Virginia Assembly, 1799

Campaign finance laws, laws against hate speech, mandated disclaimers in political advertising — all these may seem like good ideas, but they come with a cost. The cost is allowing government (courts, bureaucrats, legislators) to get the idea that it’s okay to restrict what people say.