Textbooks can be funny things. If you write a textbook, you want it to be widely adopted so that about four years later the publisher will ask for a second edition (because, while your royalties don’t amount to much at that point, the publisher is making a ton of money).

Only a few textbooks, maybe 15 percent, make it into a second edition. (I don’t have a reference or stats to back that figure up.) 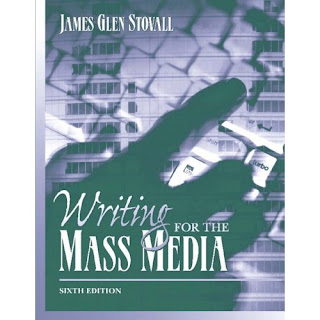 But then, the text may begin to gather new adopters and hang onto a few of the original ones. If that happens, about four years later, the publisher will ask for a third edition. And so it goes.

Sometimes a textbook can be like a child who grows into adulthood but never leaves home.

Those are a few of the thoughts I’m having this morning (May 20) as I am procrastinating doing work on the seventh edition of Writing for the Mass Media. The publisher is Allyn and Bacon, and the good folks there want the revised edition from me by June 1. That’s why the posts on this blog and others I maintain have been a little thin in the last few days.

During its quarter century of existence, Writing for the Mass Media has been adopted as a textbook at nearly 500 colleges and universities (mostly in America but also in places across the globe). The sixth edition was used at 240 different schools, and many of those places are multi-year adopters.

So, this job is well woth doing (and has even become financially justifiable). But it’s hard — and a little boring and tedious. Fortunately, it’s almost done.

And to make sure it’s done, by June 1, I had better get back to it.

You can find out more about Writing for the Mass Media at these spots: