Hemingway, Dos Passos and the Spanish Civil War in an odd, interesting tale 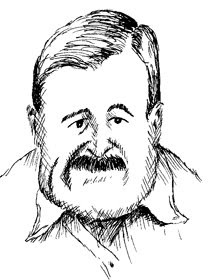 A test: Which of these men have you heard of?

Those three come together, sort of, in an odd but interesting story of the 1930s’ major literary lights by Stephen Koch titled The Breaking Point: Hemingway, Dos Passos, and the Murder of Jose Robles.

Hemingway and Dos Passos in the middle of the 1930 were America’s two leading novelists. They were close friends and supporters of the left-wing Popular Front, a Soviet-backed organization of writers and artists. The major battle of the forces of the left against the fascists came during the Spanish Civil War, but with the mix of internal Spanish politics and Soviet meddling, nothing in this tale is simple. The story revolves around the dissipation of the friendship between Hemingway and Dos Passos. That occurred for a number of reasons, including Hemingway’s paranoia and his role in spreading the rumor that Jose Robles — Dos Passos’ friend — was executed by the Spanish government because he was a fascist spy. 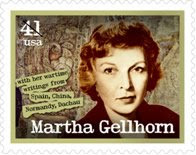 Koch has carefully researched this tale of Depression era radical chic. He includes many interesting sidelights, such as the development of the relationship between Hemingway and Martha Gellhorn, the noted journalist who would become Hemingway’s third wife. (Gellhorn is about to be honored by the U.S. Postal Service.) Hemingway is clearly the villain, and Dos Passos is the good guy in Koch’s view, and it’s hard to disagree with him.

One of the over-arching lessons of this book is how extensively the Communist and leftist movement gripped many of the nation’s leading authors and artists in the 1930. This hold led many of them to ignore Stalin’s atrocities until it was too late, and they too had blood on their hands as Uncle Joe’s apologists.

If you are interested in any of these issues, this is an excellent book.