For nearly a century and a half, America has been vexed with the question of Nathan Bedford Forrest: Was he a saint or a sinner?

Forrest was a general in the Confederate Army, a leader in a band of rangers that harassed and often defeated the Union Army in western Tennessee, northern Alabama and southern Kentucky. He drove William Tecumseh Sherman to distraction and scared the bejesus out of Chicago when rumors were rife that he was heading north, just has Lee had done in Pennsylvania. 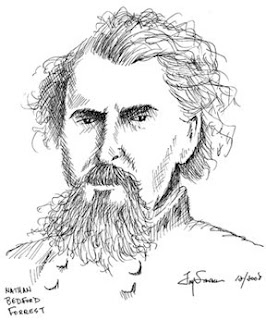 Well, he was certainly sinner. Before the Civil War, as a businessman in Memphis and West Tennessee, he bought and sold slaves, and the site where he did that is well known in Memphis. During the war, he was a fierce and innovative fighter. Some have credited him with originating “guerrilla warfare,” which was then an anathema to the acceptable rules of war. Forrest was the Confederate commander during the infamous siege of Ft. Pillow, where a number of black Union soldiers were massacred. How much Forrest had to do with this horror is loudly debated among partisans.

Then there was the Ku Klux Klan. Did Forrest originate it? Was he even a member? Did he eventually regret it and disavow it? The evidence is conflicting, and again, the mists of history obscure a clear view of the truth.

But for some Forrest is a saint. He embodies the fighting spirit that spurred the South to repudiate an oppressive government. He was patriotic, loyal and courageous. His reputation grew after the war as did the South’s redefinition of its struggles into the romance of the Lost Cause, and his defenders became legion.

Paul Ashdown and Ed Caudill (two colleagues at the University of Tennessee and both good friends) have entered this fray with a book-length study of the image of Forrest titled The Myth of Nathan Bedford Forrest. This is the second of three books they have produced that study the myths surrounding John Singleton Mosby, Forrest, and William Tecumseh Sherman. (I have previously reviewed their book on Mosby and will take a look at the Sherman book at a later date.) 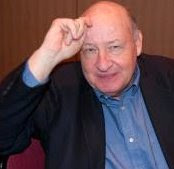 I talked with Ashdown about the series and asked particularly about the two Confederates in their study. Ashdown began by explaining why he and Caudill began the series with Mosby and then moved to Forrest (Click on the arrow to hear the audio: 4:00):

Forrest died in 1877, 12 years after the war ended. He showed little interest in tending to his reputation both during the war and afterwards. Yet, as Ashdown and Caudill write:

. . . . To this day, a mention of Nathan Bedford Forrest will often provoke a response that notes little more than his miliary genius and role in founding the Klan. The more knowledgeable individuals may even site a few details, such as Brice’s Cross Roads and Fot Pillow. But it remains a simple frame of racism, war and untotored genius that guides even recent recognition of and response to his name.

The book — the whole series, in fact — is must reading for those who not only want to know about the Civil War but also want to understand its effect on the American mind.

A larger version of the pen and ink drawing above can be found at First Inning Artworks.

← Aristotle figured out the storytelling 2,300 years ago
Inside David Frost’s transformation from satirist to journalist →